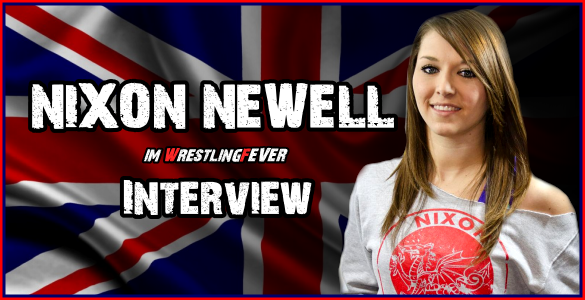 WF: Hello Nixon! Thanks for taking your time again! For the first interview we have received lots of positive feedback. How are you today?

NN: Hey, I’m glad to hear it. I’m good thank you, tired but I’m good. Sorry about the delay, my life has been rather hectic over the past few weeks.

WF: In one year, a lot can happen in the wrestling business. Could you come a little closer to your goals in the past few months? Are you satisfied with the past year?

NN: It’s been a pretty eventful year for me to say the least with some incredible opponents. I’m happy with what I’ve achieved in 2015 considering I was out of action for a few months with a snapped collar bone. I’d love to see how much different my year would’ve been without the injury but all in all its been a pretty good year in regards to wrestling.

WF: You were in Italy recently. Did you like south Europe?

NN: Italy was so pretty, the journey from both the airport to the hotel and venue was so beautiful with the incredible scenery.

WF: How was it to get out there in the ring and especially how was the reaction of the fans? Do you think that Italy has a glorious future in wrestling?

NN: It was super fun, I had two amazing opponents in Toni Storm and Thea Trinidad. The fans were awesome, they were really into the match and gave us an amazing reaction. It was weird to have them not only Chant Nixon but also chanting LuchaDora which is a gimmick I do for Attack! Pro Wrestling.

It’s been a long while since I’ve walked away from a match happy with how it went but that match was definitely one of my favourites I’ve ever had and I can’t thank both Thea and Toni enough, it was awesome to share the experience with them. Italy definitely has a great future in wrestling, they’ve got some talented guys and the show was so much fun.

WF: The supporters of professional women’s wrestling wished so much more appearances from you in Germany this year, except the one and only match in Bielefeld. Seriously, some fans are already talking about a „collection“ to pay the fee and travel expenses for you, they know the responsible ones at the wXw office … Do you think the fans here in Germany will see you again this year?
Update: You have a match against Melanie Gray on December 11th. Will you have another fight the following day?

NN: Haha that’s awesome, I’d love to come to Germany more often as it’s always a ton of fun. I’ve got a rematch against Melanie so that’ll be fun to see how much we’ve both improved since the last time. Unfortunately not, I’ve only got the one match this weekend but hopefully I’ll be back soon.

WF: Meanwhile you are wearing different gears. Which one is your personal favorite?

NN: My personal favourite is my black and red ‚Nos Da‘ gear but I’ve got some gear coming soon which may knock it out of the park.

WF: The story with you and Chris Brookes seems to be infinitely (Thanks God!), do you have any new information for us, do you prefer wrestle against or with him?

NN: I love working with Chris whether I’m his partner or opponent, he always pushes me to my limit and it’s helped me improve both inside and outside the ring. He’s one of my best friends and I can’t thank him enough for what he’s done but I’m not afraid to hit him when I have too haha.

WF: The last time we asked you about your opinion on well-known (female) colleagues. This time we are interested in your view on Tyler Bate. This boy seems to have a lot of potential….

NN: I’ve known Tyler a while now and he is legit one of the best wrestlers right now in Europe. The guy can do anything and I know everyone who’s met him and/wrestled him will say the exact same.

WF: You’ll compete against Toni Storm (also well known in Germany) at a Great Bear Promotions show soon. What do you expect from this match?

NN: I’ve wrestled Toni a few times and she’s a good friend of mine, we know each other so well so it was a really fun match. She pulled out some new stuff, as did I but she came out on top and picked up the win. Next time it’s mine haha.

WF: I have the feeling that the women’s scene in the UK has a great future! There are really many talented Ladies in Great Britain. Can you explain why it is so and where are the differences in comparison to the rest of Europe?

NN: I think the UK women’s scene has exploded over the past year with some incredible women showing exactly what they can do. There’s just an essence that the British female scene gives off and I can only see it improving even more from here on.

WF: You have met Mickie James probably who had a few bookings in Europe. Do you had the chance to talk to her? Have you made your match directly clear? Would be a dream match!

NN: I spoke to her briefly at a show and she was super lovely, unfortunately I couldn’t speak to her for much longer as we both had matches to do. It’s obviously a dream match for me as she was someone I looked up to growing up, maybe one day we’ll have that match.

WF: Will you visit the upcoming WWE tour in GB, maybe with your nephew?

NN: As of right now I don’t have tickets but I know a few of my friends and I may go to a show if we can sort it out

WF: Your shirts obviously go very well and are already sold out for some time. Are there back in stock soon (especially the Dragon model)? Do you have new merchandise in planning?

NN: unfortunately all of my T-Shirts are sold out but I’m just waiting on the new design to be finished then they’ll be released. I feel this new shirt really shows off my personality.

WF: Thank you very much for your time. Once again it was a great pleasure. Finally, we ask you for a few words to your fans in Germany. Our readers would be very glad if you could use a few scraps of German. I heard that this language isn’t so strange for you..

NN: Thank you, it’s been a pleasure to talk to you guys again and again I apologise for the delay. Wow, I haven’t spoken German since school but I’ll give it a go… „Hallo, danke fürs lesen, kann es nicht erwarten, Euch wieder zu sehen!“

Thanks again and see you soon. 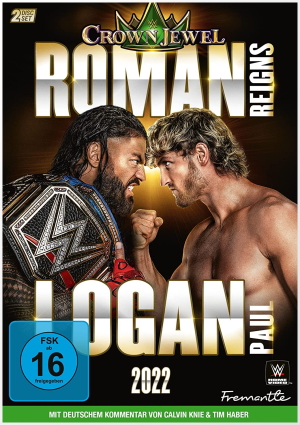