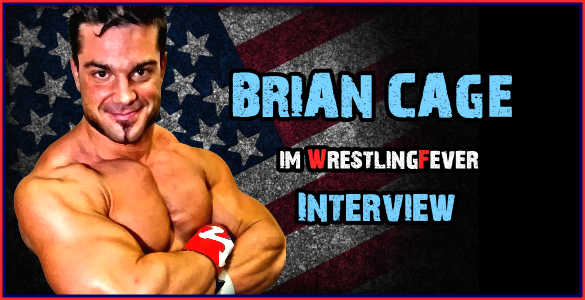 WF: Thank you, Brian for taking some time for us to answer a few questions.

BC: No problem, glad I have some fans in Germany that want to interview me, haha.

WF: You are now active for 10 years and got around a lot. Like others you were at FCW, the former developmental branch of WWE. Has there been any contact since?

BC: Yes I’ve talked to WWE a few times and was resigned but things fell threw and recently turned down a tryout back in september.

WF: You were a casualty of a round of dismissals but known to be very talented. Often we hear that many are eagerly waiting for their promotion to the main roster. Was the release like a regain of freedom or did it push you back? Were you close to be promoted to the main roster?

BC: Everyone thought I was next to be called up, and I was also anticipating a raise. I missed a call from the office and anxiously called them back to discovered they were releasing me! I was very shocked, and even asked if they called the right person.

WF: You have an impressive body. How often do you work out and do you have to eat a strict diet or are you able to enjoy more that just one cheat day every once in a while?

BC: I workout and do cardio 6 days a week and yes very strict diet. I eat clean 365 days a year and always pack and prep my own food. yes i do treat myself hear or there but am very strict. I have to be, if i eat to many carbs or not enough protein i easily lose size and gain fat. I definitely have to bust my ass and stay on top of it to look like i do, def not an easy road or genetically gifted to phone in some workouts and eat whatever I like. I wish that was the case.

WF: You surely, like the most, started as a fan of pro-wrestling. Who or what inspired you to become a wrestler yourself?

BC:Growing up I really liked Shawn Michaels and Razor Ramon, and at age 10 I realized i wanted to do this. As i got more involved I loved and wanted to emulate Chris Kanyon, Chris Benoit and Chris Jericho. The 3 Chris’s.

WF: You were able to gain international experience, from AAA to WWE and TNA. What are the differences between the companies aside from payment?

BC:I enjoyed working for them all, and WWE obviously is the most reserved and restricted. Its the most well known but not exactly the most fun unless you are a top guy. Triple A is very laid back and totally different being that its lucha and a different country. TNA was a lot of fun and similar to WWE but with less restrictions and far less pressure or feeling of walking on egg shells.

WF: Lucha Underground is currently followed by people around the world and you are a part of it. Do you think a company like that may be the future of pro-wrestling and a ’new‘ way of storytelling?

BC: I certainly hope so! It is hands down the best major company ive worked for. Great wrestling, great camaraderie and the best treatment ive ever received from any company. And the fact that its different and something new is very exciting. 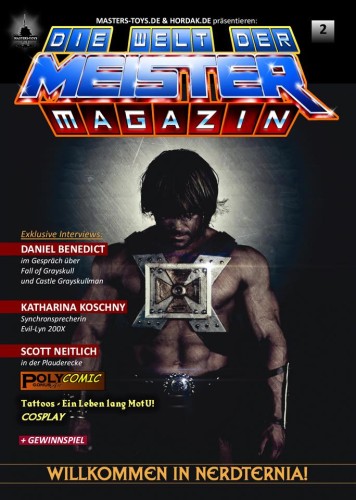 WF: Lucha Underground is recommended by wrestlers and organisers. What do you think is the reason for its success?

BC:As Noted above, its something different and new, and exciting. its got amazing wrestlers who are phenomenal athletes and aren’t held back. they get to go out there and have the best possible match they can. And the backstage cinematic scenes are brilliant.

WF: Yours is an important name in the independent wrestling scene. Has it become what you want to do or wouldn´t you mind a permanent contract with WWE or TNA?

BC:Im signed with underground and AAA and thos are my homes right now. I also still get to work independents which is still a joy, especially PWG

BC:I don’t mind them, but they have to be in the realm of realism. I mean im not gonna go out there and get thrown around by a girl, come on, that’s just not believable.

WF: Something else: ‚He-Man‘ and the ‚Masters of the Universe‘ still (after more than 30 years) have numerous fans around the world. Did you keep track of the series?

BC: I did watch the cartoon growing up and had some figures but wasn’t a fanantic to be honest.

WF: What do you think about the film version by Dolph Lundgren?

BC: As a kid I loved it, and was big fan of the post credits scene with skeletor coming back. I think that was the first time i had ever seen something after the credits and made me watch them a lot while growing up in hopes to see something post movie. And now all the marvel movies do it, i love it. Going back to DL version, as an adult, its still fun and nostalgic, but obviously there are many holes in the film to be nice.

WF: As generally known you will play the role of ‚He-Man‘ in a remake. Do you possibly realise a childhood dream? How did you get the role?

BC: I don’t know if itd be considered a childhood dream, but definitely a awesome character to portray and bad ass accomplishment on my resume.

WF: Fans in Germany also are longing for this movie. Which characters do you like (along with Prince Adam & He-Man) and what fascinated you about the series?

BC:Skeletor is my absolute favorite. I usually love the main villians when they are bad ass. I feel to have an awesome hero you need an exceptionally awesome villian. And Skeletor in Fall of Grey skull is amazing.

WF: At last we would like to ask you for some personal words to your fans in Germany.

BC: Thanks you guys so much for the support and continue to support Lucha Underground as well as independent wrestling. And hopefully I can be there for the films debut in Germany. Thannks and take care

WF: Thank you very much for your time and all the best!