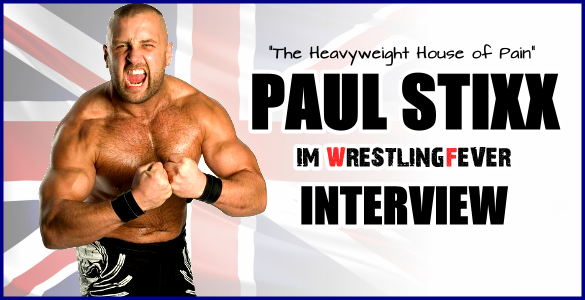 WF: Thank you for the very nice assent! We are always glad to be allowed to interview and introduce European talents in Germany. How are you doing at the moment?

PS: im great thank you and thank you for having me, but this isnt actually my introduction to Germany. I have wrestled in Hamburg many times for Nordish Fight Club. Ive fought some of the best Germany has to offer in Hot n Spicy, Leon and Karsten.

WF: You are standing nearly 13 years in the ring by now , I’ve read that you previously was already prophesied that you will be a wrestler, is that right?

PS: Haha. Thats correct. They way i see it, im 6’2 and 257lbs. What else was i going to be? Rugby player maybe? Haha. I always loved wrestling..it seemed natural.

WF: You have seen wrestling on TV like the most and learn to love it. What has fascinated you in it so?

PS: I dont think anyone can really tell you 1 reason why they love wrestling. Theres so much that goes into it. Its like an action movie come to life. How can a guy not love that? Haha.

WF: During training, many are finding that wrestling is not so easy as it looks – you however were immediately blown away …. what means „wrestling“ to you?

PS: to me, wrestling means entertainment. As much as i love the physical aspect of it, you have to remember that there is an audience that you are there to entertain. 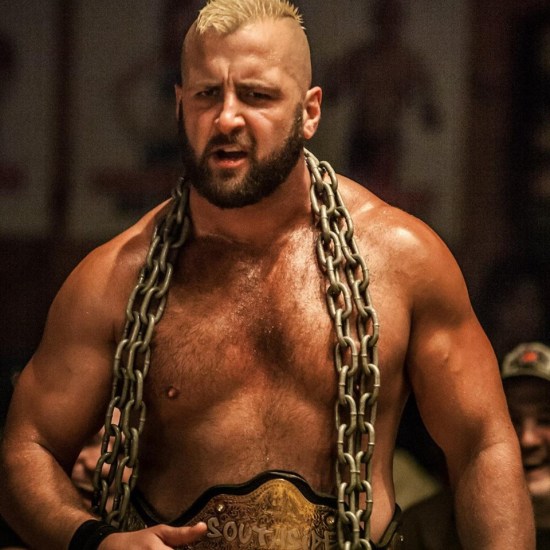 WF: I read the opinions of fans again and again. You’re acting as THE heel, even though you’re supposed to (wink) a totally nice guy. Many people want a face turn from you – Would it be something for you or prefer you to be the bad one?

PS: I actually only play heel in 3 promotions in the UK now, all the others i am already face. With having a family and a wrestling school i guess people think i cant be that much of a bad guy. Haha.

WF: What has changed basically for you concerning the consideration of wrestling before your career and now?

PS: nothing has really changed. When i started i set out to make wrestling my job and for the past 4 years it has been.

WF: You are living for this sport. Your body is your capital and if you compare photos of the last years, you do an a lot for it. How does such a daily routine looks to „Stixx“?

PS: here we go. Haha. Most mornings i have my father head on. I spend time with my family until i open my school. Then the game face appears. 2 hour workout of different sorts then teaching classes after. My days can be very tiring, but i love it.

WF: You trained with Alex Shane, who is also a term in Germany. Is there something he taught you and that you transmit today?

PS: the main thing Alex taught me was the entertainment aspect. The way to leave an impression on the audience without it being about just what you do in the ring. How to present yourself as a larger than life character.

WF: You are training the “the next generation” today, on what you’re watching first when a new „Rookie“ comes to you? What he has to bring and are you forgiving weakness?

PS: the most important thing is effort. You can be overweight, forgetful, clumsy, but all these things can be worked around. People are more willing to help if you show that you are trying hard and putting the effort in.

WF: What are you doing when you’re not in the ring and train?

PS: i enjoy nothing more than being with my family. My daughter is 8 months old and is my whole world.

WF: You’re working as a promoter too. Many don’t take this step, some wrestlers get to know the „other side“ of the business. Many do not take this step, is there something you don’t do as a wrestler, since you know how it is to organize?

PS: to be honest, i dont see myself as a promoter. I put on shows for my students and thats it. I know how much work goes into promoting if you want to be successful and that is time i dont have. My life is busy enough. Haha.

WF: You’re originally from London. Do you ever thought about travelling across the pond and gain a foothold in America?

PS: i have had matches with Davey Richards, Colt Cabana, Kevin Steen, Jigsaw and many more. They have all put my name forward to Ring of Honor and other US promotions, so we’ll see where that goes.

WF: Did you have any tryouts for WWE or TNA?

PS: ive had a few WWE tryouts over the last few years. They went well, but nothing has come of them. They look for very specific men and women for their roster, so getting picked up is alot about luck aswell as skill.

WF: You’ve been working with Martin Stone, Doug Williams, Kevin Steen, Roderick Strong, and many more well known names. Is there a match that you probably will remember forever?

PS: i think my 2nd match with Kevin Steen still today is 1 of my best. It was certainly toughest, but in 2005 i wrestled Mick Foley, how can anyone forget something like that. A truly surreal experience.