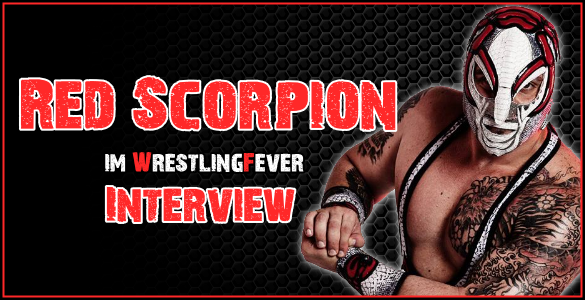 WF: Thank you so much for your time, we are always delighted to be able to introduce talents from all over the world. How are you doing recently?

RS: Hi! Thank you for your interest in me. It will be very interesting to make this interview available in three different languages. Everything has been very good at the Bologna Wrestling Team lately, especially in the academy I’m working hard and I’m ready to start with so many new projects right after the summer.

WF: Back in the 90’s Italy already was a ‚fan stronghold‘ for wrestling. How did you experience the 90’s as a ‚fan‘?

RS: I remember very little of the ’90s, I was born right at that time, and all I could see I did through documentary, youtube and DVD. The second wave of wrestling, in which this sport-entertainment has become a true fashion, was from 2004 to 2007. That was the golden age of wrestling in Italy, where you could see anything with the Image of a wrestler on. A few years later, Italian TV did everything to get rid of wrestling from clear television networks and ended up paying on TV, where it was still today.

WF: When and why did you decide that you wanted to be a wrestler yourself?

WF: You also seem to be focused on your body, did that come with training or did you already do that before your wrestling debut?

RS: I think a wrestler should cure his physique, and the physique must reflect the character that goes into the ring. Above this, the word “wrestler” itself makes you realize that you have big chests, shoulders and traps all dressed with solid and toned legs. You can be 150 cm tall and weigh 60 kg but your shape, your mold must be that of a wrestler. I started to train as a wrestler at 15/16 years and a few months later I also started a gym, committing all the possible mistakes of both inexperience and novice.

WF: How often do you work on your body and wrestling per week and are you on a specific diet?

RS: I try to eat clean: vegetables, boiled potatoes and meat and I admit I often give myself some cheating…you know, I’m Italian and at mom’s house you eat better than in the restaurant. I train 3 times a week in the gym and 2 times a week at the BWT wrestling courses, while on weekends I’m usually traveling. I always have a busy week.

WF: Wrestling is, god bless, having a ‚boom‘ worldwide. What is it like in Italy, are there a lot of promoters and shows, how about training facilities?

RS: In Italy it is like the rest of Europe, I believe. We have several sides, there are so many small promotions, usually open by a wrestler who was before in another small promotion and who decided to open his promotion to become the „World Champion“ of his promotion thus becoming the „King of the Landing „as I like to call them (I said the promotion 4 times, but I always enjoy doing it when I tell this story). There are also many promoters in Italy who have no idea how to promote an event and many wrestlers who practically do not know how to fight. Small budgets spent only for a media player at the expense of the entire show and 10 minutes of time when you can do well and show yourself to the audience where you decide instead to make 2000 dangerous spots. This is the first side of Italian wrestling. The second is that of those who are really trying to change things, wrestlers who have international experience to bring it to italy, promoters who invest in advertisements and wrestlers fighting for the joy of the audience and not for their 5 minutes of glory. I proudly work in Italy and work only with these wrestlers or promoters. When you see me working for an Italian promotion that maybe you do not know, you know it’s a good environment with good workers. Compared to 10 years ago, it’s all else. Once there were few schools and wrestlers with incredible physique who could fill 3000-person buildings, now the level is much higher, but the media cover that was 10 years ago was lost.

WF: How long (and with whom) did you train until your debut match in front of an audience?

RS: I trained for a year before making a debut, but it’s not a story I like to tell. My first trainer was not a true wrestling wrestler, even though he had made me believe the opposite. I wanted him really well, but in the end it was a dishonesty. I really loved this person and I respected him a lot, but all I learned over time myself and those few seminars made with great wrestlers, my first trainer, however, taught me two very important things. What not to do to make your students stay healthy and respect you, and the other thing is a bit more personal lesson I will hold for me. Who has experienced such a situation knows what I’m talking about.

WF: How do you recall your debut match and the feedback?

RS: I was thrilled, I was very happy and it was the second time I went on a wrestling ring (I spent the whole afternoon on it). The show was in my town for which everything got a stronger meaning. The match went well and I enjoyed it a lot. Has it all gone…from a little boy of just 17 years, chubby with curly hair and pimples, It was beautiful.

WF: Did you always wrestle with a mask and why did you choose it?

RS:Initially I debuted with the face painting, but the passing of time it evolved into a rough latex mask that was the embryo of all the masks you see now.

WF: How difficult is it to wrestle with the mask, line of sight, how do you breathe under it?

RS: I’m lucky to have a really well done mask that causes me very few problems or hassles. I got used to having it on. Surely the air warms up first and the face every time does a small free sauna.

WF: Your career is now 10 years old. Are there specific highlights for you (matches, opponents, fan stories, road trips), you’d like to share with us?

RS: I have lived so many pleasant moments and many difficult moments, maybe for alll the difficult moments are remembered more easily than the pleasant ones. Surely, among my favorite memories there is the show of my debut, the first time I performed in a giant (virtually empty) arena, the period when I started working with international wrestlers (years ago it was really utopia to get to wrestle them) and all the appearances on national TV have always been a source of pride for me as well as very rewarding memories.

WF: How about wrestling on Italian TV, do you have WWE or regional shows?

RS: Mostly WWE but EPW has been working for years to broadcast their product on Italian TV and every time a show is broadcast. This is a great result.

WF: You call yourself ‚Red Scorpion‘, how did it come to that name?

RS: I started to wrestle when I was very small, both age and physically, and I needed a small but very fearful animal name. Red is my favorite color and represents battle, blood or sacrifice. Red Scorpion has become the mask that represents Italy!

WF: During the past few years the number of bookings surely increased and the media is talking about wrestling. Did or do you do/play any other sports?

RS: Yes and I’m so grateful for that! I can say with pride that for about a year I have been doing this full-time job, I have no other occupation. I wrestle, wrestle and try to sell my image and all my profits are coming from this hour. You are the first person to whom declare it publicly, I promised to do it before but being a very special environment at times it is always better to keep these things up. In addition to wrestling, I occasionally take part in MMA lessons that take place in the gym where I train, but I do everything to be even more prepared in pro-wrestling…cause that is my focus.

WF: Do you have a dream match, a dream opponent?

RS: There are very good performers all over Europe and some of them can teach you so much. A few days ago I fought against Tom La Ruffa and Michael Kovac, they are great veterans with a vast experience, almost unmatched in Europe. Other opponents I would like to challenge for a hypothetical dream match would definitely be Rey Mysterio, Ultimate Dragon, Aalberto El Patron and Rob Van Dam!

WF: We had the pleasure seeing you in Germany on several occasions, you even became tag team champions with Cyanide once. How did you like it here, I could imagine that you haven´t seen that much yet?!

RS: Wrestling in Germany is great and there are so many great talents that come from all over Europe, and together with the UK it is the place where you can have a greater exposure. Unfortunately, in Germany I saw very little…hotel, autogril and McDonalds.

WF: How long do you usually travel to shows like, for example, NEW in Heßdorf?

RS: Travels to go to NEW were really exhausting, from 10/12 hours each time. The other trips around Europe are somewhat lighter.

WF: How did you like NEW; product, wrestlers and show?

RS: NEW has a well-established product now and keeps growing and developing. I was amazed at the fact that every time I was there, there was always something new like a light, a screen, equipment, cameras etc and so on. There really is a great deal to grow their product and their talents. Even though I do not work anymore in NEW I can say that I had some of my best matches there…Cyanide, TKO, Juvi, Mexx, Carter, Fast time Modoo and Adrian Severe are real war machines, and with the latter I have had several encounters before his contract signing with the WWE, I really learned a lot from him, he is a true professional who is very focused on the details.

WF: Do you speak any German or know German phrases (if you do, what do you know)?

RS: HASS, HASS, HASS!!! All I need to know is in these 4 letters and for this I thank my gigantic friend Demolition Davies!

WF: Thank you again for your time, all the best and kind regards to beautiful Sicily

RS: Thank you so much for your questions and for your time, a greeting to you and all the readers! CIAO! 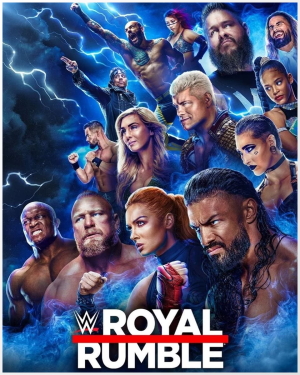