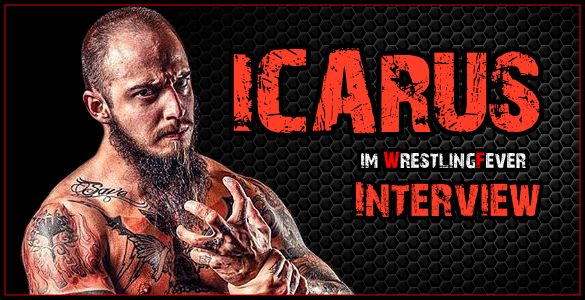 WF: Thank you for your commitment to take this interview.

I: Thank you for having me!

WF: You are from Hungary and during the past months made a name in the German speaking areas. Especially during the past two years you were often seen in Germany (GWF / GWP). How would you describe the Hungarian wrestling scene ?

I: Yes, I’m in Germany really often in the past 2 years and I can tell it’s my second home now. I love to wrestle for them.
Well pro-wrestling was a big thing in Hungary in 30’s and 40’s but then all the regimes just simply banned it from the country. Since 2010 the Hungarian Championship Wrestling (HCW) is rebuilding the legacy again. We have 6-8 shows in a year and many small gigs for a 300-700 crowd in the capital, Budapest. It’s getting bigger and bigger. You can check our Facebook page (http://www.facebook.com/HCWpankracio) and YouTube channel (http://www.youtube.com/hcwhungary) for full shows, full matches and extra contents.

WF: Did you get the chance to see some of Germany, maybe even have a special memory you would like to share?

I: Yes I had an amazing trip in Berlin when I was in GWF for the first time last year. Also checked a bit from Hamburg, and Schwabach. I love history and architecture so when I get the opportunity I grab it. Every single time it’s pure fun to be in Germany. I love to work with the guys, and the fans really appreciate what I do in the ring so I always bring the best for them.

WF: There is little we know about you and we are happy to introduce you to the fans through this interview. Until your first match you sure had to learn *your craft* first. Where did your road start?

I: My first teacher was Gabriel Angelfyre and also Tengkwa from Holland. They helped me during my first steps, then Tommy End (Aleister Black WWE) put Dover (my tag team partner) and me under his wing. We trained with Tommy for more than 2 years and he gave us the perfect guidance to find our way in this buis. We had some really awesome seminars by Sami Zayn, Nigel McGuinness, Matt Cross, Gangrel, Tom Prichard, Paul Tracey and many more. 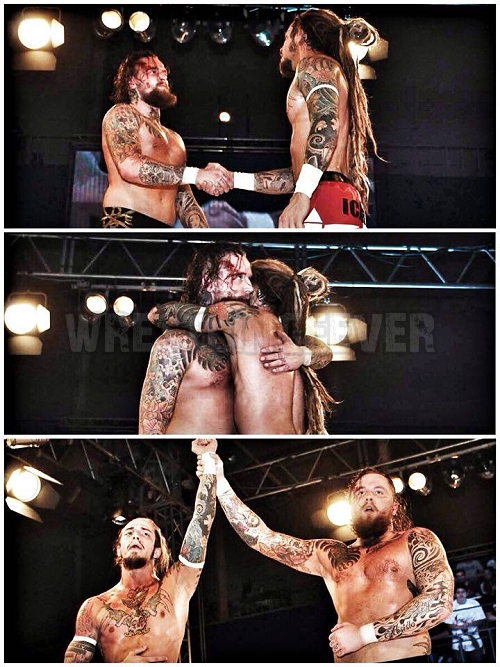 WF: How did you get into pro wrestling ?

I: Well Dover and I were around 10-12 years old and we played the first WWF SmackDown Play Station game and we just got mezmerized by this whole crazy world. We jumped on the internet and tried to get as many infos as we could. All those actions, and characters were so unbelievable for us, but also so real. We immediately realised that this has to be our destiny. Giving birth to the Hungarian pro-wrestling, and bring the Hungarian flag into this buis on our shoulders.

WF: What made you actually try and become a pro wrestler?

I: We just simply wanted this more than anything. We still want it. This is our life and every single step we make is for our career or for this buis.

WF: Did you always want to be a *Highflyer*?

I: I’m not saying that I’m a typical Highflyer. I have some high action spots, but I’m really into strikes and some technical actions too. I really like to step up to this art, and make magic in the ring no matter who will be my opponent.

WF: You have a lot of tattoos. Is there a symbolism or story to the one or other? Would you like to share?

I: I planned all of my tattoos for myself so they are really my own creations. My left sleeve is a traidtional japanese theme but the build up, and the designs are totally custom representing the „colors of life“ and the „vibes around me“. My right arm is more like a symbol gallery of emotions and ideas, goals. Every design makes me stronger and better.

WF: You used to have very long hair which crowned your already unique look. Why did you cut it?

I: Yes, I had long hair for 14 years. Damn, it was really heavy at the end. My dreadlocks were touching my knees so it was the defition of long hair haha. I lost it in a Hair vs Hair match in HCW in 2016. The footage is up on youtube (Day Of Glory highlights). People cried during the shaving spot on the show. It was really emotional and I really changed but also evolved into another creature for sure. 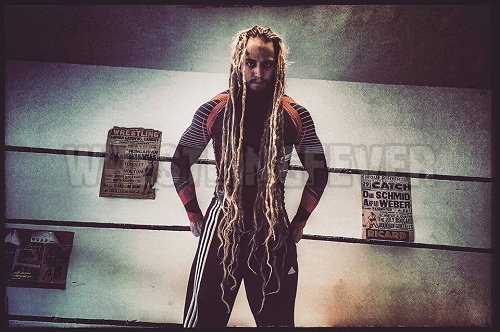 WF: Was or is a mask an option for Icarus?

I: Never, but I really like the tradition of the lucha/japanese masks.

WF: Many talents dream of working for one of the big companies one day. Is it your goal to hop the pond or do you prefer independent?

I: Yes, I really want to work for WWE. That’s my ultimate goal and I truly believe that hard work pays off at the end. With passion and straight heart you can reach anything.

WF: What do you do when you are not in the ring ?

I: I’m a studio technican in a big voiceover/dubbing empire. I always worked in the media (one of my diplomas is in media) and tried to connect with pro-wrestling as much as I can. It figured out that It’s doable. Also I’m a videoeditor and graphic guy for HCW and many times for other promotions too.

WF: Do you have something like THE dream opponent ?

I: There is a ton of amazing workers nowdays. Will Ospreay, Ricochet, Marty Scurll, Ryan Smile, Mark Haskins, but more closer like Lucky Kid, Senza Volto, Kris Jokic, Nitro is also amazing. But I can keep going with the list but it’d never end. 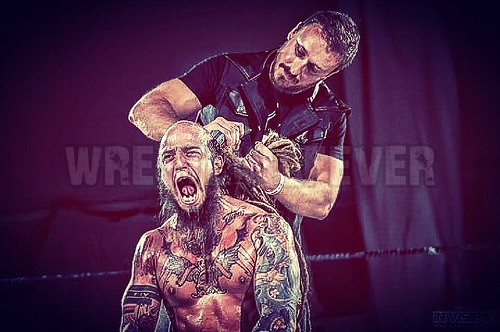 I: I was the first HCW champion, but never held the Hardcore or Tag Titles this far. HCW got a hardcore gimmick show called Bloody November where everything is unleashed. I had some really nasty deathmatches and brutal hardcore spots but I’m not a big fan of it. I mean, sometimes it can work, but I like to make art in the ring without weapons and blood.

WF: We thank you very much for your time and wish you all the best!